Featured Project – LEGO ONCE BEFORE 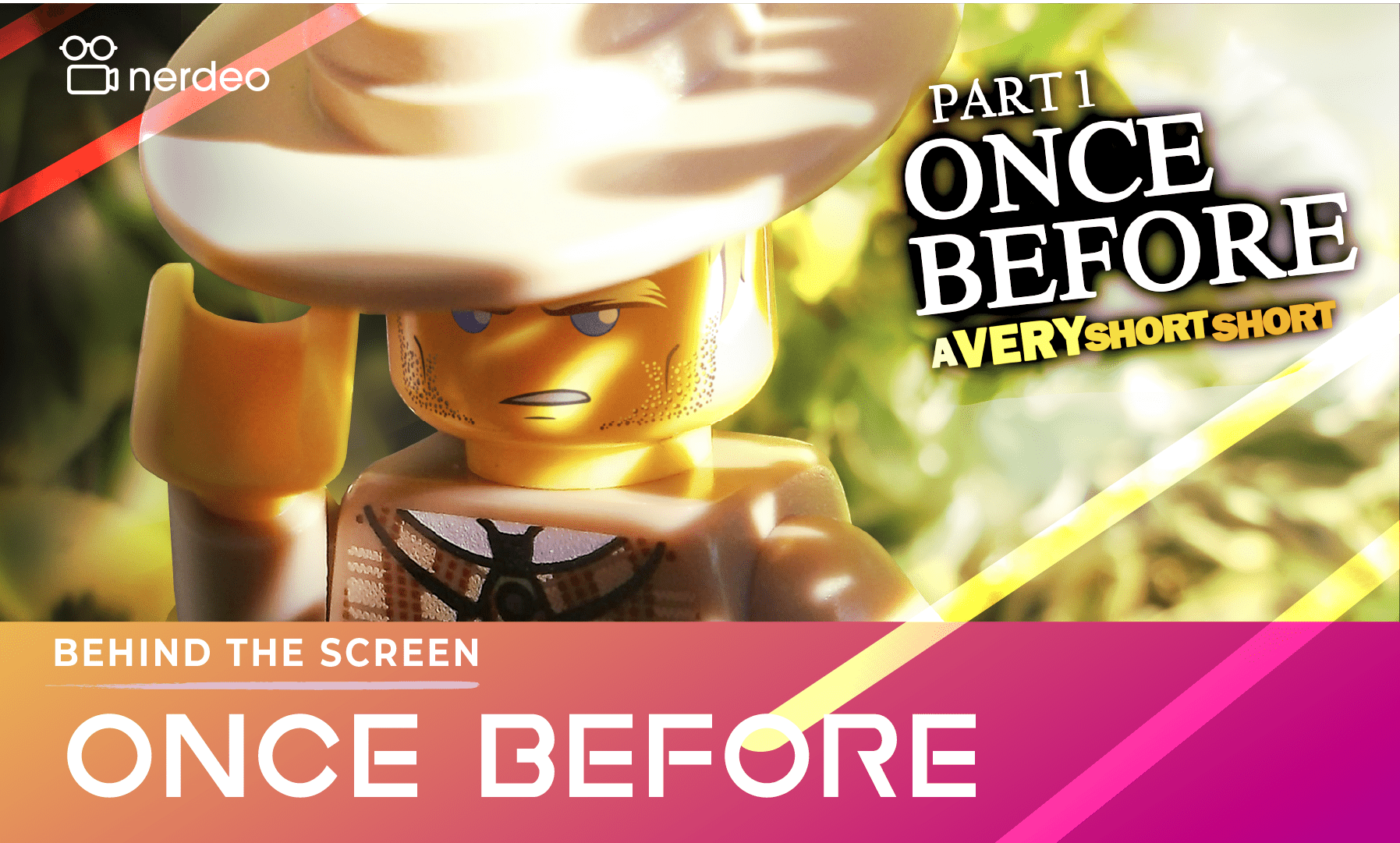 My name is Stephany Alfaro, I’m currently a mechanical engineering university student that writes, directs and animates my own independent films. I currently don’t have any official job titles in the industry, and I plan to use these films to create a sort of portfolio so to obtain experience while I reach for an official industry film position.

I’ve done some commissions for other animators in hand animating facial expressions on the Lego characters synced to voices. I’ve also done some stop motion films but only focusing on the faces than any other thing. What I would say I’m mostly known in, is in the experimenting of what standard stop-motion rules I can beak such as the rule of never using natural sunlight to light scenes, the use of natural settings rather than hand creating settings, and fully hand animating each character’s faces with unique designs and expressions.

– Tell us about your project that you’re hosting on Nerdeo? What’s it about?

Once Before is an indie cowboy western experimental project film separated in 2 parts. The story is set in the 1840’s with the primary protagonist being Lukas Estay, an entomologist (insect scientist) who is part of an English commissioned expedition by Charles Darwin for the search and documenting of the legendary giant insects in the secluded woodlands of the deep west. However, Lukas Is part of a smaller group who infiltrated the expedition so to secretly catch and collect these insects, mostly butterflies, so to sell to private collectors back in Europe. The only thing is, that these giant insects can speak and have unique personalities of their own in which one, called Once, will be the one changing Lukas’ ways. Part 1 introduces the insects and their world while part 2 focuses on the expedition itself and the villains. The project needs for a music composer, which is why this project has been placed in Nerdeo.

– How did you come up with the idea for it?

The idea for a cowboy western Lego film started with the funny fact that I love to collect insects. I have more insects than Lego pieces, which are only some cowboy and other minifigure characters. Each bug has its own unique physical trait that gives them their own personality even without the many moving articulations that the actual Lego minifigure has. With me also loving Lego themes, I chose to mix both. At first, I didn’t really know what I was going to do with bugs and Lego minifigures since I didn’t have the other Lego pieces to create settings to film in, so I turned to my backyard in which I have a large green spearmint growing patch that I always thought looked like a mini forest and decided to use that as the setting for filming. My passion for bugs and the use of Lego for stop-motion are basically the drivers for this crazy theme. Plus, I also live in the dry west of the U.S.A so all the bugs used are all wild west ones too.

– What software are you using to make it?

The software being used are the Adobe premiere, aftereffects, animate, and photoshop products for post-production. For production itself I’ll be using Dragonframe, which I haven’t used before, so It’ll be a fun experience learning industry standard product. For audio, the voice cast will be sending their voice recordings from their homes. Camera wise, I’ll be using a Canon t6 connected to a laptop outdoors. I’ll be definitely getting suntan from recording outdoors. Here’s the website where I’m posting the behind the scenes of this Once Before project for those who are interested in seeing how it’s being made. https://www.brick-a-brack.com/brickfilms/brickfilm/7924/

-What’s on the horizon for you?

For my horizon, I’m planning on producing these short stop-motion films with innovative methods so to submit them to the Sundance Ignite Short film challenge. This yearly event is for 18-25-year old and I’m 19 so I got to show my full potential on these very short shorts if I want to be nominated. I live here in Utah, really close to the Sundance Institute, so getting nominated as one of the 10 Sundance Ignite Fellows will be a huge step towards obtaining a title in the film industry.

– What has your experience as an artist on Nerdeo been like so far? What have you enjoyed the most?

My experience has been excellent so far! I’ve been able to find specific profiles from others quite fast, which is something that I enjoy.