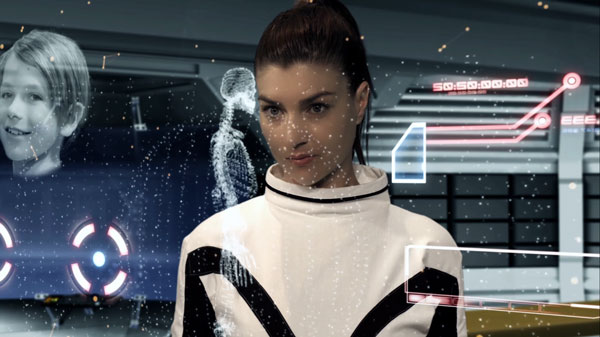 Bio: Alexander Pfander, born in Hamburg and based in Berlin, is the co-founder of Pfanderfilm, Germany, specialising in genre and cult films as well as English and Polish co-productions. Pfanderfilm produced two short and five feature films, including the dark comedy ‘Nuttentarif’ and the mystery-drama ‘Stepnica’. Since then, Alexander has moved onto producing and directing two web series, where he has had the opportunity to explore his passion for science fiction.   Nerdeo: Who are you and what do you do? I am a independant filmmaker based in berlin, and have spent the last 15 years producing and directing five feature films, a few short films and two web series. Nerdeo: Your latest project is Mission Backup Earth – what is it? Mission Backup Earth is an independant, online collaborative and award winning sci-fi webseries, about interstellar travel and colonizing exoplanets. It combines live action footage, shot on greenscreen, with CGI background sets and animation. So far we have released 10 episodes and 6 more are in post-production. The series has been selected by several web series festivals in the past few years and won 8 awards, including BEST SCI FI & GRAND JURY in Melbourne Web Fest and Outstanding Achievement in Directing, Visual Effects, Editing and Cinematography in the LA Webfestival.

Nerdeo: Where did the idea for Mission Backup Earth come from? I began by spending hours apon hours researching about current technology, space exploration and human spaceflight. I was inspired by science organisations like Icarus Interstellar, a group of scientists who work on actual interstellar travel concepts, as well as famous scientists like Prof. Steven Hawkings and more specifically, his statements that “we have to colonize the universe to ensure our survival”. In fact, since May 2016 we are officially collaborating with Icarus Interstellar and are planning a cameo from a real scientist in an upcoming episode. Unlike some other sci-fi series, Mission Backup Earth aims to be scientifically correct, with true and fascinating facts and topics built in the storyline. Nerdeo: How big is your cast and crew? Has Nerdeo helped with your crewing? I began working on the series in 2010 and since then, we have assembled a talented cast and crew from all over the world. We have a core post-production team of 10 and have had an expanded postproduction team of 40 over the years. For our live action shoot, we have about 50 cast and crew collaborating on the series. Recently, I made contact to some artists through Nerdeo and hope to reach more with this article. Online collaboration is a great way to work. It’s a good way to showcase your work and meet new people, not only for beginners and indie filmmakers but also for professionals who might like to get involved in a new project on the side. Nerdeo has the potential to bring all these people together. Nerdeo: What are your plans for the future of this web series? We are currently in post-production on episodes 6 to 11. After completion of season 1, we will be looking for distribution of the season, as well as funding for season 2. Nerdeo: What software are you using in your post-production pipeline? For CGI we use a range off software. Our CGI coordinator Tony Pinkpank explains the workflow for the CGI in this video:     For editing and compositing, we use Premiere and After Effects and for sound and music, we use a range off different software. Here is Mike Rooke, one off our talented sound designers explaining his workflow:     Nerdeo: Could you give any advice to someone looking to get their indie web series made? If you are just starting out, it’s a good idea to keep it simple. This way your project is likely to be completed sooner rather then later. Another thing I would stress, is the importance of sound and also to do the web festival circuit, once the series is complete. It will get your project out there and help you to connect with other filmmakers. Lastly, I would like to say how important it is to do what you love and that you shouldn’t wait too long, start today. And if you’re not looking to start you’re own series, but sare interested in working on Mission Backup Earth, please get in touch via email pfanderfilm@aol.com or join our project on Nerdeo: http://nerdeo.net/project/563cedfaee786fc207a4e326