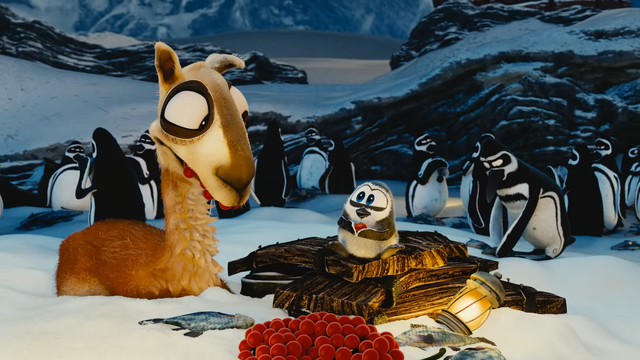 Image credits – Wikipedia Technological innovations in film-making have always paved the way for brave new talents to explore and achieve cinematic excellence. From early cartoonists and animators, making movies with their hand-drawn sketches (like Walt Disney and the early Disney movies), to Steven Spielberg and Jurassic Park. The current animated films are considered a pinnacle in the motion pictures industry. Such a high quality of graphics and CGI has never been experienced by movie-goers before. You can, virtually, be a part of a pre-recorded film, with the help of radical technological developments. The future of animation in movie-making is bright and it can be predicted that it’ll touch new heights in the coming decade, with new technologies being invented every day. There are so many advanced tools being used currently, to make the animated movies thoroughly realistic. In the future new and improved versions of animation software will be developed; such as VFX, Cinema4D and Maya. This will lead to achieving impossible and unpredictable scenarios in movies as was proved in recently launched movies like Jurassic World, Jungle Book and Transformers etc.

Image credits – stevepb Animators have been assisted in their efforts by computers, to make animated movies ‘cool’ for decades. The introduction of computer animation has been revolutionary, in regards to the type of advanced technology, animation workshops were required to use. Computer-Generated Images (CGI) generate such massive amounts of data that, animation enterprises have had to build their own data storages to manage it all. After all, you need ‘cool’ toys to make ‘cool’ movies. The movie animation industry is set to grow leaps and bounds; and witness even greater achievements in movie making, even surpassing the contemporary trend of ‘bigger and better’. Technological advancements are a never ending process and therefore, animation in movies will continue to evolve. Astounding us with each innovation. Cartoonists and animators, back in the day, while having been limited by the technology available then, amazed us with their cinematic creations, as a great example of human ingenuity. If animation in motion pictures can be achieved with such archaic technology, it’s no wonder that with each passing year, there would be more outlandish and amazing feats accomplished in animation and animated movies. Perhaps in the future, 3D animation would not be limited to a 2D screen, but the world would bear witness to 3D animation being experienced on a real and tangible 3D environment.