Paul has worked throughout Europe as a senior project manager. He now specializes in business and enterprise management including investing in his own projects. He has an outstanding record of successful projects and businesses. He has recently been involved in financing small independent films and in particular, designing new business models for digital markets.

The production company Movieworks was created to apply corporate business processes to low-budget independent films, producing commercially successful low-budget films and promoting emerging talent. Movieworks is based in the Peak District of Derbyshire.

Arthur & Merlin film was the first project for MovieWorks to prove that it could deliver a commercially successful film at a fraction of mainline film budgets. This included creating an investor prospectus that would attract investors and deliver on their expectations. The film is well on track to do just that, with current investors already seeing 75% of their investments returned. It has been sold to distributors in twelve countries, including the US, Canada, UK, Japan, France and Germany. Released in the UK in Q4 2015, it reached the top 20 of the DVD chart and has currently sold in excess of 35,000 units. Early reports from the US distributor suggest that a comparable level of success is being achieved there, with the film having already received a premium cable premiere on the Showtime network. Arthur & Merlin continues to sell to more territories and will receive a theatrical release in Italy in the autumn.

Nerdeo: Your latest project is Movie Works – what is it?

Arthur & Merlin: The Fire of Balor is the second film in the Arthur & Merlin series. Our story world is based on the original Celtic myths where the characters of Arthur and Merlin first appeared, making it the first authentic representation of these beloved characters on screen.

J.R.R. Tolkien read these original myths before creating his great works, and they have influenced countless other authors and dramatists. By returning to them as our source material, the Arthur & Merlin series manages to capture a tone that is familiar and appealing to a wide audience, while simultaneously managing to feel fresh and original.

The Fire of Balor script is now available and is currently seeking finance and pre-sales. 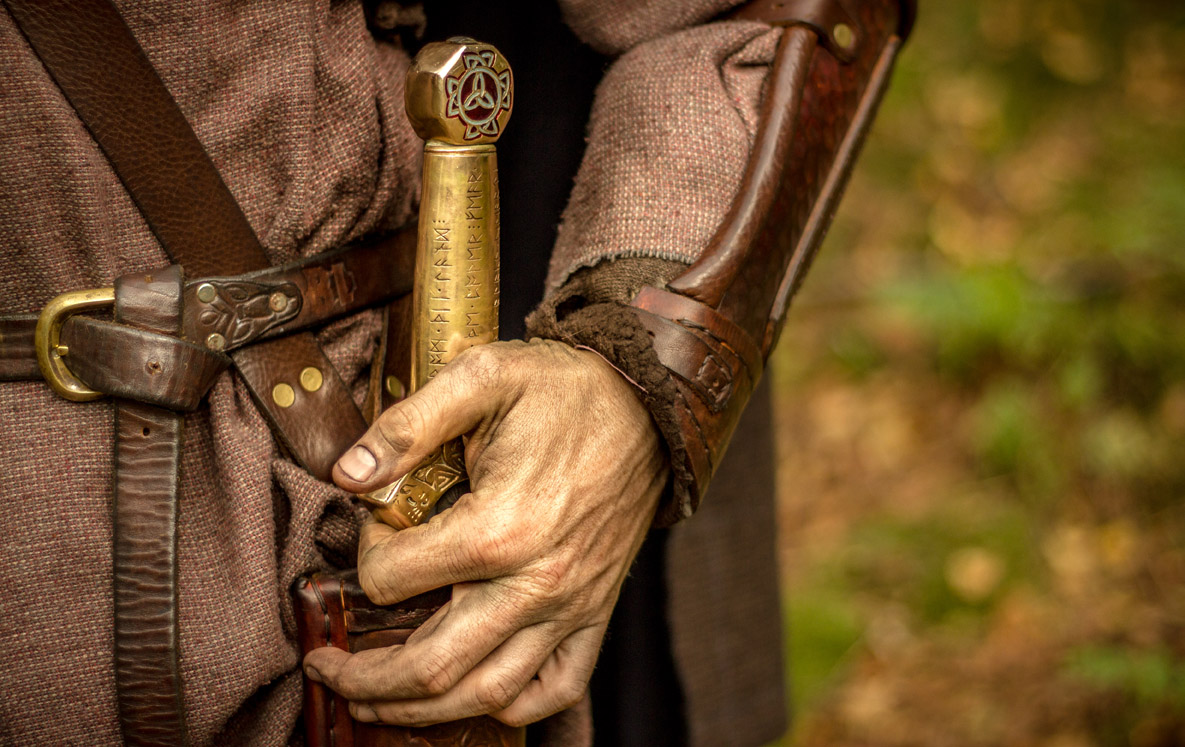 Nerdeo: Where did the idea for Movie Works come from?

Two LOTR inspired fan films ‘The Hunt forGollum’ and ‘Born of Hope’ caught my attention for the quality of work achieved from such a small budget. These inspired me to create Movieworks, applying corporate business skills to create a platform where independent film talent could really show what it could do; and receive the rewards for it’s efforts.

Nerdeo: Are there any developments within Movie Works that you would still like to be seen implemented?

Though a great success, being our first project, Arthur & Merlin presented a substantial and steep learning curve.

A project evaluation detailing all aspects of the process from inception through to distribution has provided valuable lessons and generated a strategy that will enable us to make significant improvements to the sequel’s production process. These will deliver a markedly higher product quality, as each dollar spent will be targeted to deliver the best audience experience possible.

I am not sure if I would call MovieWorks a distribution company in the usual sense of the word. The company uses it’s own social media, distribution and e-marketing tools to gain maximum exposure for it’s films. The days of using festivals to expose your film to potential buyers are receding with the ability of the same buyers to view potential films 24 hours a day/365 days a year. Our first film realised this potential attracting buyers within weeks of being released on the through the MovieWorks embedded player technology. In addition this allowed us to gather valuable marketing information right down to fine detail such as the audience types most interested, how many watched the trailer(s) and how long they watched them for.

Nerdeo: Could you give any advice to someone looking to get their indie films distributed?

Investors do not invest in a film and distributors do not buy films, what they both want is to make money. Any pitch to either must reflect this clearly and identify the opportunity to deliver profits. Most indie film-makers problems start before they shoot a frame, failing to identify the sales opportunity; the marketing plan should always come first. Ask the distributors, they will tell you what they want and what they will pay top dollar for.

We connect artists to indie projects and get them finished.
Website https://www.nerdeo.net/
Posts created 76

Begin typing your search term above and press enter to search. Press ESC to cancel.