Read About the VFX Technologies that Shaped Baahubali 2: The Conclusion into a Blockbuster 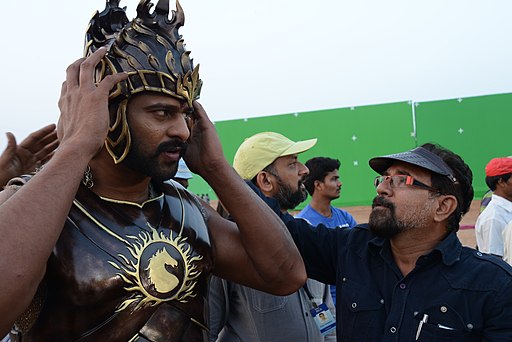 Image Credits: Wikimedia Commons One of the most highly anticipated Indian movies of all time, Baahubali 2: The Conclusion not only entered the theatres with a bang but also skyrocketed to make record breaking collections at the box office within a few weeks run. With the director SS. Rajamouli leaving absolutely no stone unturned in creating a monumental and never before silver screen experience for the global audience, the movie ended up raking over 1000 crore rupees in revenues across multiple languages. While a lot has been said about the movie’s phenomenal screenplay, acting, and direction, the one aspect that has met with the most explosive response from the audience and critics alike is the extraordinary VFX that lent it its characteristic ‘larger than life’ visual design. The third Indian movie that was both compatible with 4X HDR format and released in IMAX theatres across the country and overseas, Baahubali 2: The Conclusion exemplifies the power of visual effects and what it can do to create a movie so real that it almost seems fantasmic!     Where it all started Having worked with the chief technical advisor, Raja Koduri at the Makuta Visual Effects company in Hyderabad for some of his earlier movies, Rajamouli had already made up his mind to incorporate Koduri in the making of his largest mega movie till date. Also, associated with the AMD as the senior vice president of Radeon Technologies Group, Koduri was absolutely blown away by the scale of the movie set when he dropped in for a discussion with Rajamouli a few years back. The duo had already decided to incorporate the AMD Radeon graphic chips into the film’s making. The international collaboration After the gigantic success of the first part in the Baahubali franchise, Rajamouli visited John Griffith of the Rise of the Planet of the Apes, Star Wars III, and X-Men Series fame in Los Angeles to learn more about the VFX technology. The duo worked together for creating the legendary war sequence that takes place at the climax of the movie.

Image Credits: Flickr The AMD incorporated the latest technology GPUs and CPUs and made extensive use of the Pro WX Series graphic cards from Radeon. The editing of the movie was carried out with the help of Radeon Loom software that allowed the team to edit the scenes in real time. In addition to this, the Baahubali team also coupled with the AMD to create several VR experiences for the promotion and publicity of the film.