Will We Move on to Doing VR Films? Will it be Like Games where it is Completely Interactive and on Treadmills?

Category :News
Tags :360 films, VR films, Will We Move on to Doing VR Films? Will it be Like Games where it is Completely Interactive and on Treadmills? 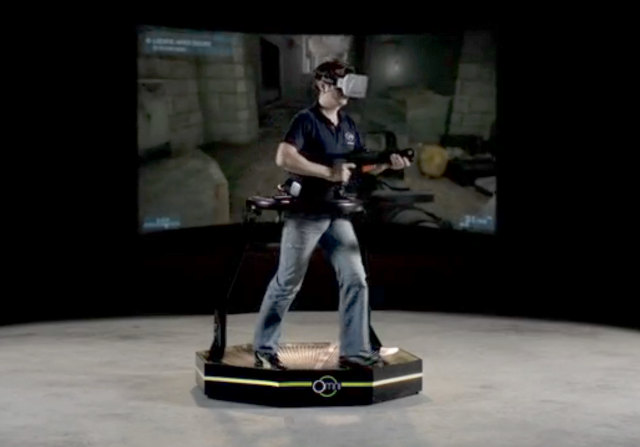 Image Credit : Geekologie The appeal of VR (Virtual Reality) films is that it is shockingly good at transforming your movie experience to the next level, it can make you feel as though you are right there in the midst of all the action. Imagine watching Jurassic Park or 2012 in the VR mode. Imagine standing next to Jason Statham, watching him fight the bad guys. The next major innovation in movie making is predicted to be Virtual Reality. Big players are getting into the game IMAX has already announced that it would team up with Google to make VR cameras. IMAX will also be offering studio-quality VR experiences across multiplexes and malls. Michael Bay is in talks with IMAX about potential future projects. It is his intention to transport audiences into the amazing worlds that he creates in his movies. Who can deny the experience of standing side-by-side with Optimus Prime or taking a ride with Bumblebee, even if it is in a VR world? Major Hollywood studios such as Paramount and Fox are already experimenting with VR. Strangely, Steven Spielberg is against VR films, according to him the technology will dilute the art of film-making. The VR experience will certainly be different. Whether it would be completely interactive or not is something that we will have to wait and see. It would all certainly depend on the script. If the script can include ‘you’, then it is certainly going to be a mind-blowing experience. In the VR short movie Henry, you can actually see Henry looking directly at you. Since he is looking directly at you, you may feel a deeper connection to him, at least, that is the idea. Whether you can expect treadmills in the theater is another question mark as well. Unlike a VR video game where it involves only a few players at a place at a time, movie theaters have to hold a large number of people. When it comes to VR films, there are a number of practicalities that have to be considered. VR headset sales are already skyrocketing. Whether or not VR will make into the mainstream is something that has yet to be seen. It will, to a great extent, depend on the producers and the story-makers. One thing, no matter what, is undeniable. VR films have the potential to transform your movie experience to the next level!