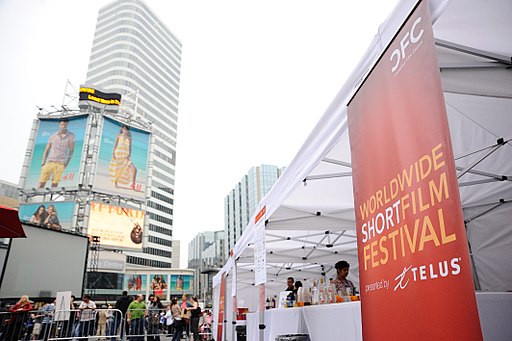 Image Credits: Wikimedia Commons Feature film writer and director Nicholas McCarthy directed a short film called ‘The Pact’, which was accepted to the Sundance Film Festival for its brilliant portrayal of sensitive subjects like child abuse and atheism. What he had meant as a short film was perceived to be a part of a larger horror movie by a movie financing company. They assumed that the film was a teaser that McCarthy had released to gain funding. Impressed by his short film, the company gave him the big break he needed to get into the mainstream cinema. What is a proof-of-concept film? In the world of movies, such short films (like the one mentioned above) that are directed for the purpose of procuring finances are known as ‘Proof-of-concept films’. A particular scene from the movie is taken and directed in the way a short film is. These films act as an audition for first-time directors. Investors can whet the newcomers and their ideas by analyzing the short film they have directed. Movie production is an expensive business and rookie directors are often risky investments. Proof-of-concept films help investors protect themselves from avoidable risks. By having a short directed by the first-time director, companies can judge if it’s worth putting their time and money into the newcomer. The advantages of proof-of-concept films A proof-of-concept film will showcase your directorial talent. Things such as cinematography, scriptwriting, casting and more will be visible. Directors often state how difficult it is to convince investors to fund their movies. Many times, a director who has directed multiple successful feature films will still be considered a novice. A speculative script is just one way in which companies and investors judge a director’s talent. Another is the proof-of-concept film. In fact, it’s become so essential to have a proof-of-concept film these days that investors will not entertain any director who doesn’t have one. One of the best advantages of proof-of-concept films is that they help directors create mystery and suspense in the plot, which can only be solved when the entire movie comes together. An example, is the American director and screenwriter Damien Chazelle’s movie, Whiplash. The proof-of-concept film he directed for the movie aroused great interest among the investor fraternity and helped him get the funding necessary to direct a full-fledged feature film.

Image Credits: Flickr Another reason to make a proof-of-concept film is to get a sense of what exactly you want in the complete movie. These films are of great help in fine tuning the final draft.