Project of the week – Kafka’s Doll by Bruno Simões 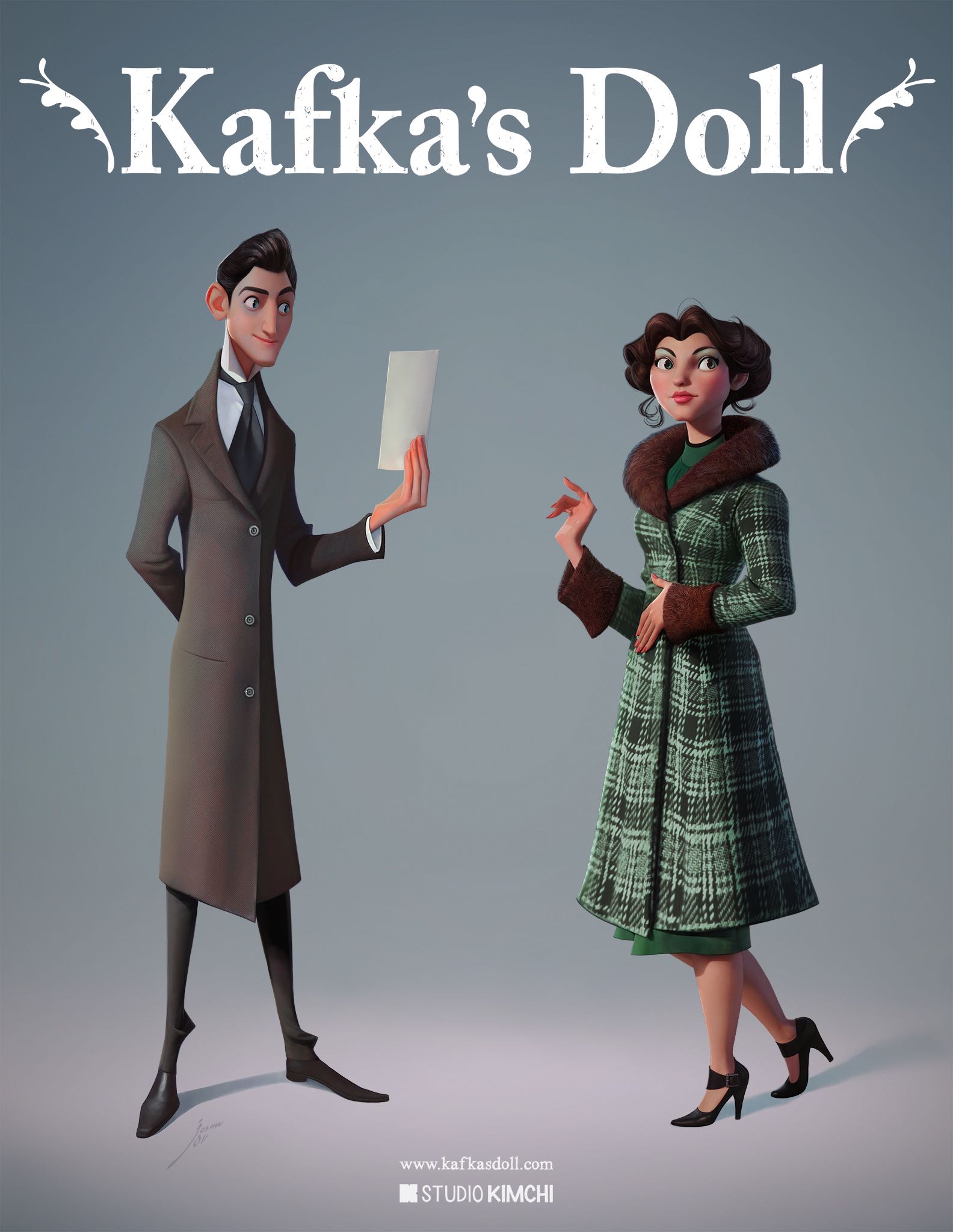 Inspired by an unproven myth, Kafka’s Doll is an animated short film that blends factual research, fiction, fantasy and myth into a single heart-warming story about loss.

When an ill Kafka meets a crying little girl in the park, he sets out to write her a letter a day in order to tell her all about her lost doll’s fictitious travels. He then comes back every single day to read her those letters, and in his quest to help her find a sense of personal resolution, he ends up finding his own in ways he couldn’t have previously imagined.

Bruno Simões is a Portuguese director/animator whose animation work includes movies like the Harry Potter series, X-Men: First Class, Prometheus, Skyfall, World War Z, Epic, Rio 2, The Peanuts Movie and Ice Age: Collision Course, for studios such as The Moving Picture Company and Blue Sky Studios. Bruno’s work as an independent filmmaker has also been screened and awarded at several film festivals around the world.

Bruno: I’m a Portuguese independent director and animator, I’ve worked in large animation and visual effects studios as an animator, as well as in small independent personal projects, such as short films, documentaries, music videos and commercials, as a director.

Nerdeo: Tell us a little about your typical workflow and preferred software choices?

Nerdeo: Your latest project is Kafka’s Doll – what is it?

Bruno: Kafka’s Doll is an independent computer animated short film based on Kafka’s last months of life in Berlin.

Nerdeo: Where did the idea for Kafka’s Doll come from?

Bruno: There’s this unconfirmed Kafka rumour… it says that one time in Berlin, while out for a walk with his girlfriend Dora, Kafka met a little girl in the park crying because she’d lost her doll. To try and calm her down, he told her the doll wasn’t missing, she’d just gone travelling, and that he knew this because she had sent him a letter. So for a few weeks after that, Kafka would go home and write the little girl letters from the doll, which he would then read to her at the park the following day. He worked on them as hard as he did on his own writing, despite the fact that he was already quite ill at the moment. This was the original spark for the story. Despite some attempts to find them, such letters have never been found and the rumour has never been confirmed, so my story mixes this rumour with a lot of biographical research, then adds a layer of fiction and fantasy on top of that.

Nerdeo: Are there any developments within Nerdeo that you would still like to be seen implemented?

Bruno: I think it’s still too early to tell. I believe it’s a really good idea that can work really well once everyone gets involved and starts pushing it to its limits, but it needs a large user base for it to be really effective. I guess once people start using it on a daily basis for posting and finding projects, its further development needs will become clearer.

Bruno: I’m inspired by many different artists, but mostly by those who get things done despite the hardships, in a true independent fashion. At the moment I think Don Hertzfeldt and David O’Reilly are doing really great work in the independent animation world, and not only they’re doing great work, but they’re managing their careers really well. Bill Plympton’s proficiency and consistency in quality is also out of this world, and that’s extremely inspiring. When it comes to feature films, Studio Ghibli is always a huge reference, and most recently I’ve been really amazed by Tomm Moore’s work at Cartoon Saloon.

Nerdeo: Could you give any advice to someone looking into indie animation?

Bruno: I think that animation artists should be inspired by everything around them, both in the animation world and outside of it, but they should then try to find their own style and what they really love about the animation they do, as well as what they want to tell. By being true to our own passion, the work will be more rewarding to the filmmakers while also feeling more special and less derivative to the audience, and that’s what will make it stand out from everything else out there.